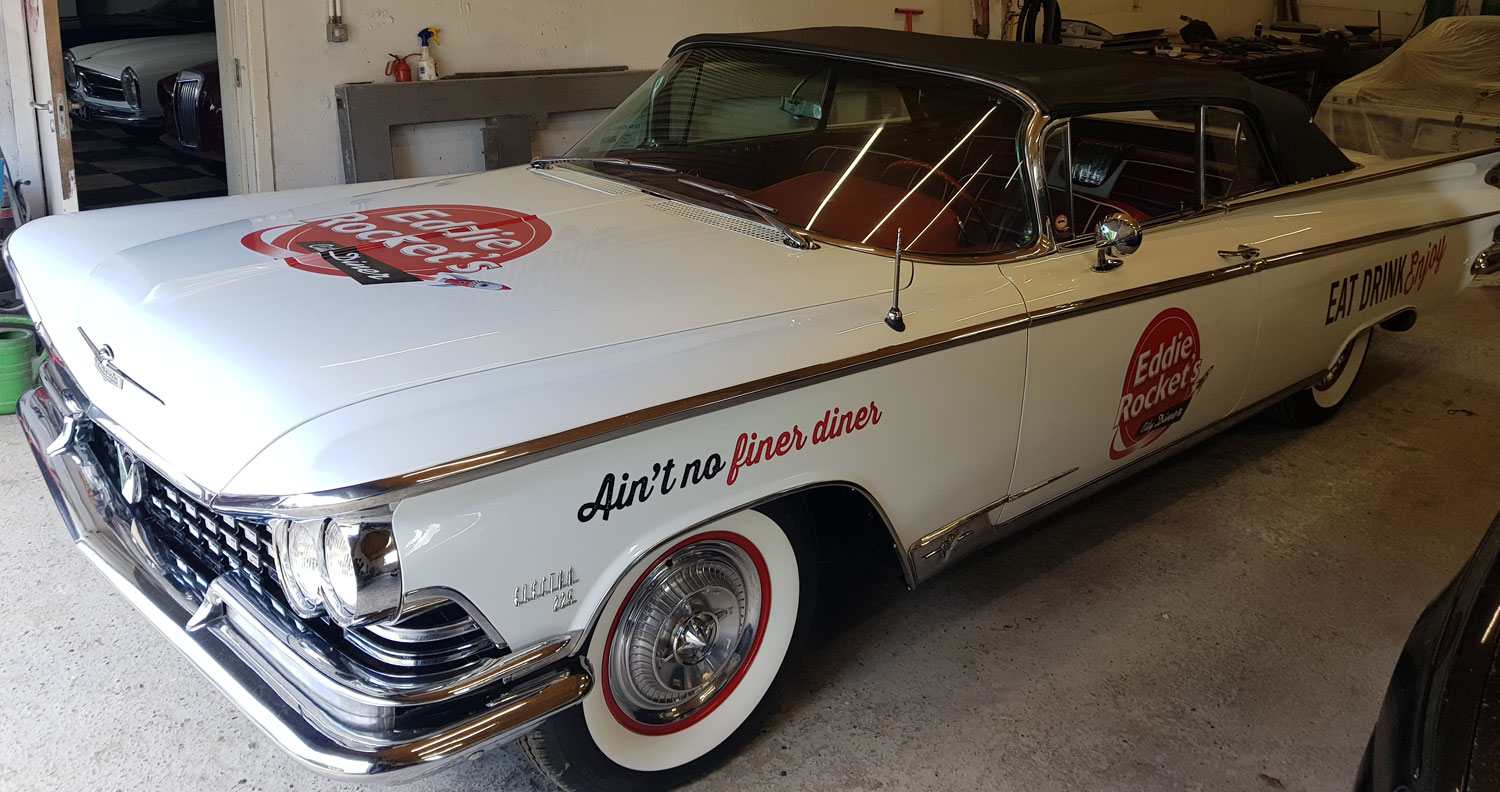 The Eddie Rockets Buick 225 Electra had been in storage for a number of years and we were asked to carry out the bodywork repairs and get her spiffed up for a new advertising and media campaign.

Unfortunately when she arrived it was quickly realized that she was a non-runner and would need a new engine and a steering box rebuild in addition to the bodywork.

A new nailhead engine was sourced from the U.S. and the bodywork repairs, re-paint and re-assembly were carried out while we were waiting for the engine to arrive.

The car was then stickered up and went for her first appearance on the fourth of July at the Eddie Rockets on Parnell Street in Dublin.

As well as numerous appearances at Eddie Rockets around the country she took part in the Cannonball Run Event in September 2018.